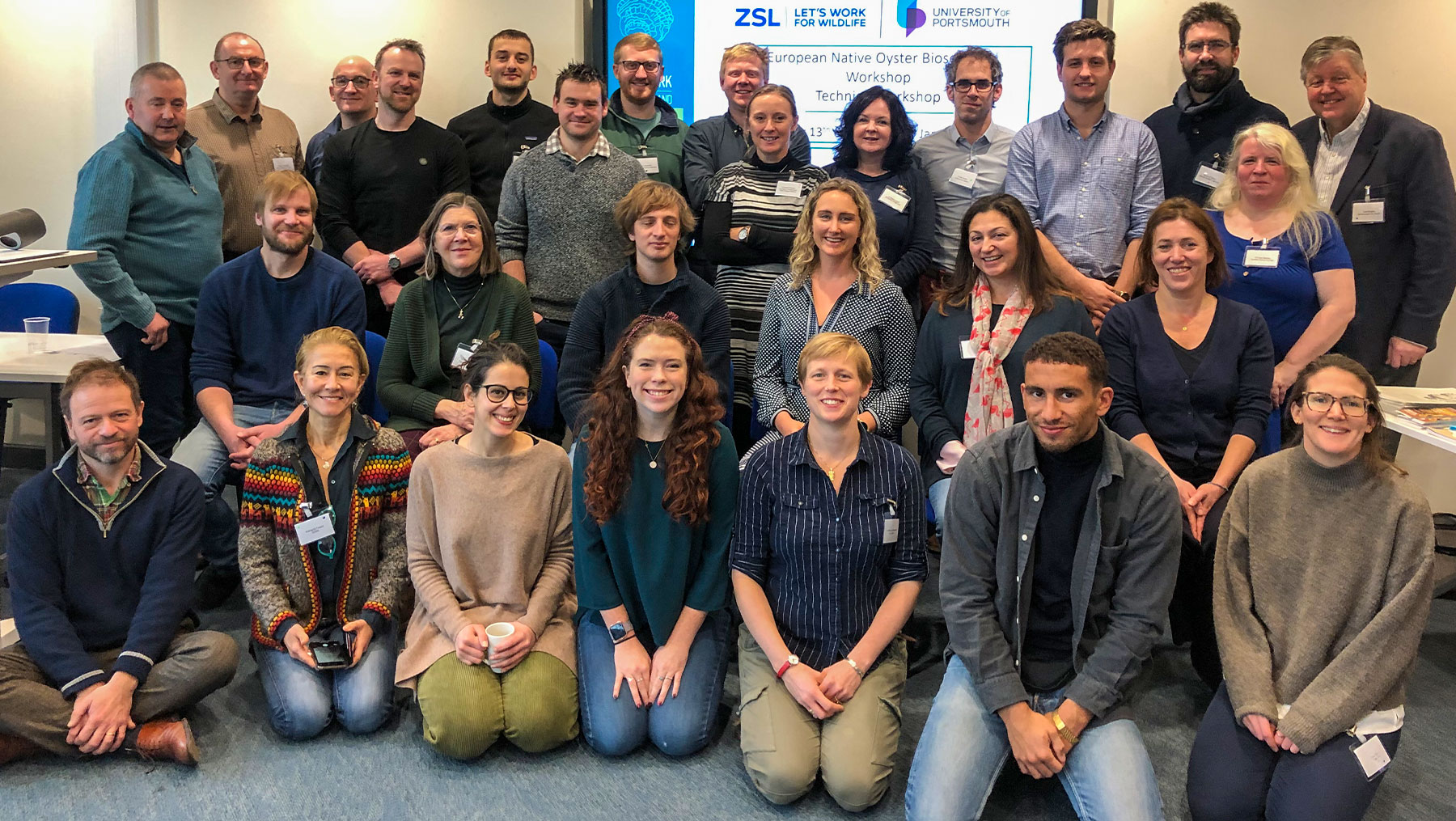 NORA and UK-Ireland Native Oyster Network co-hosted a workshop on Biosecurity in Oyster Restoration at Heriot-Watt University, Edinburgh in January 2020. The aims of the workshop was to discuss and agree recommended biosecurity protocols relating to oyster restoration in Europe. This included the translocation of cultch and living oysters, as well as best practice for maintaining biosecurity in hatchery systems. The potential risks and importance of best practice were also explored.

The workshop began with a series of highly informative presentations from representatives who had translocated oysters for oyster restoration in the past, who are establishing bio-secure hatchery facilities, and from representatives who were able to provide insight into the current legislative framework in Scotland, and what the law demands with regards to biosecurity.

A collaborative spirit was maintained throughout and, while there was thoughtful and critical debate, consensus was reached on the primary principles in all cases. Some of the exact details of the appropriate treatments at certain stages of the biosecurity protocol are still being explored to ensure an evidence based approach, however, the overarching timeline of treatments was agreed in principle at the workshop.

It was noted that translocations can never be risk free. We can only seek to reduce the risk to acceptable levels. With this in mind, the first step should always be to consider whether translocations are necessary, or whether the project can be planned in order to avoid the need to translocate. Should translocations be necessary, it is recommended that the strictest biosecurity protocols be applied to ensure that the risk is reduced to a minimum. It was identified that poor biosecurity practices were a source of actual and reputational risk to oyster restoration across Europe.

In the case of cultch, recommendations were focused on reducing the need to import cultch where possible, and to follow good cultch weathering practice where not. Good practice includes appropriate site selection for storing cultch (e.g. no access from the site to any at-risk water body), applying an appropriate duration of time to weather the shells, and turning them at a frequency which would allow all shells to be exposed to weathering. The final important recommendation is that the cultch is screened to ensure that the applied protocols have had the desired impact and that the shell is clean.

In the case of translocations, again the first recommendation was to consider whether translocation is necessary, and to consider whether the timeline of the project can be adapted to allow for biosecure hatchery reared stock to be used. If not, selection of a suitable donor site is a critical first step, requiring risk assessment followed by field visits to both the receiving site and the prospective donor sites to assess for the presence of high impact invasive non-native species (INNS), Horizon species (potential INNS), and diseases. All notifiable Ostrea edulis diseases (Bonamia ostraea, B. exitiosa, Martelia refringens)should be screened for, as well as the oyster herpes virus OsHV-1, as it is a disease of concern and the carrier status of the native oyster is unknown. Oysters should not be moved from a location where high impact INNS, Horizon species or oyster diseases are present to one where they are absent. Donor locations should also be as geographically close to the receiving water body as possible, and movement across latitudes should be avoided, in order to reduce the possibility that diseases are moved from environments in which they are not pathogenic, to environments where they have impacts. Once a suitable donor site is found, oysters should be subjected to both physical and chemical cleaning before being translocated, and critically, the stock should be screened before release to ensure that the applied biosecurity protocols have worked.

In the case of spat on shell, evidence is still be sought for treatments that can be applied which will reduce the risk of co-translocating undesirable organisms, without also damaging the young oysters. As such, the primary recommendation here is to ensure that the donor and receiving site are matched as regards disease and INNS species status. This practice is also applied in translocating mussel seed (e.g. https://www.nw-ifca.gov.uk/app/uploads/NWIFCA-Biosecurity-Plan.pdf). Additionally, projects translocation spat on shell should undertake extensive disease screening. Given the size of the spat,  a large sample size may be required to achieve a good level of certainty about disease status.

Best practice for maintaining biosecurity in a hatchery system was also outlined. This included single-species lines, management of all inputs, and also appropriate management of all waste water. It was noted that movement of oysters from hatcheries after the point in production when water is drawn in from the marine system should be treated as translocations, and appropriate screening of INNS etc. should be applied.

Recommendations for each of the three elements (cultch, live oysters, hatcheries) will be drafted and there will be a period of public consultation in March-April 2020. There are still opportunities to get involved and to contribute expertise even in the near-term writing phase. Please get in touch with the NORA secretariat if you would like to contribute.

The final agreed protocols will be published this summer, both as a stand-alone document on the NORA website, and as a chapter in the UK-Ireland Network Managers Guide.

Manage Cookie Consent
To provide the best experiences, we use technologies like cookies to store and/or access device information. Consenting to these technologies will allow us to process data such as browsing behaviour or unique IDs on this site. Not consenting or withdrawing consent, may adversely affect certain features and functions.
Manage options Manage services Manage vendors Read more about these purposes
View preferences
{title} {title} {title}